Some of the many historical Sights in Kedah


Balai Besar is an impressive wooden pavilion, built in 1898, which embodies certain aspects of Thai architecture. This 'great hall' is used frequently for royal and state functions.


History enthusiasts and archaeologists should make a trip to the Bujang Valley located at the foothills of Kedah Peak.  This archaeological area was the site of an ancient Hindu-Buddhist kingdom that ruled the region from the 4th century AD. Archaeologists have unearthed over 50 Hindu temples or ‘chandis’.

Kedah Royal Museum
The Kedah Royal Museum (Muzium Di Raja) located in Alor Setar has a mixed of Thai and local architectural design. The original wooden building of the museum was a palace built during the 18th century. In 1983 the palace was converted to the Kedah Royal Museum.  The museum houses many interesting collection of objects and artifacts of Kedah's royal and cultural heritage.


Posted by myMalaysiabooks at 11:00 am No comments:


Posted by myMalaysiabooks at 2:34 pm No comments:

Happy New Year to all our readers.
Check out these links for more on Kedah at myMalaysiabooks

Posted by myMalaysiabooks at 11:02 am No comments:

Preparing for Hari Raya Adilfitri? Here's a little something that is typically Malaysian!
Durian Rolls

Method
Fillings: Cut the durian kueh into small pieces
Pastry: In a bowl, cream the butter and sugar and then mix in the cream. Sift the flour and milk into the cream mixture and mix into a dough.
Set the oven to 180 deg. C
Divide the dough into small marble-sized balls. Press it flat and slightly oval. Place the fillings and roll the pastry to your desired shape.
Place the rolls onto a baking tray and brush the surface with beaten egg yolk.
Bake at 180degC for about 15 minutes 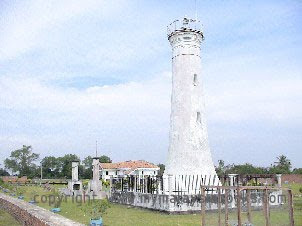 Kuala Kedah is a small fishing town in Northern Kedah, located at the mouth of the Kedah River
However this little place is a historical port. The town was entrenched in numerous attacks on Kedah during the 17th and 18th century - the Portuguese, the Acehnese, the Dutch and the Bugis. In 1821, a Siamese armada from Ligor attacked Kota Kuala Kedah and Kedah fell to Siam.
Today, Kota Kuala Kedah (the fort) stands as a reminder of the town’s eventful past.
Kuala Kedah is also a major ferry terminal for travellers to Pulau Langkawi. You can also travel from here to Pulau Payar on a booked passage.
To reach Kuala Kedah, exit the PLUS expressway at Alor Setar and travel by the trunk road westwards about 13km.
.....read more at myKedah
Posted by myMalaysiabooks at 1:42 pm No comments: 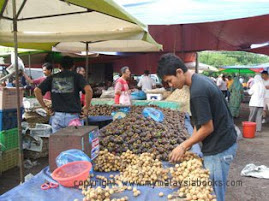